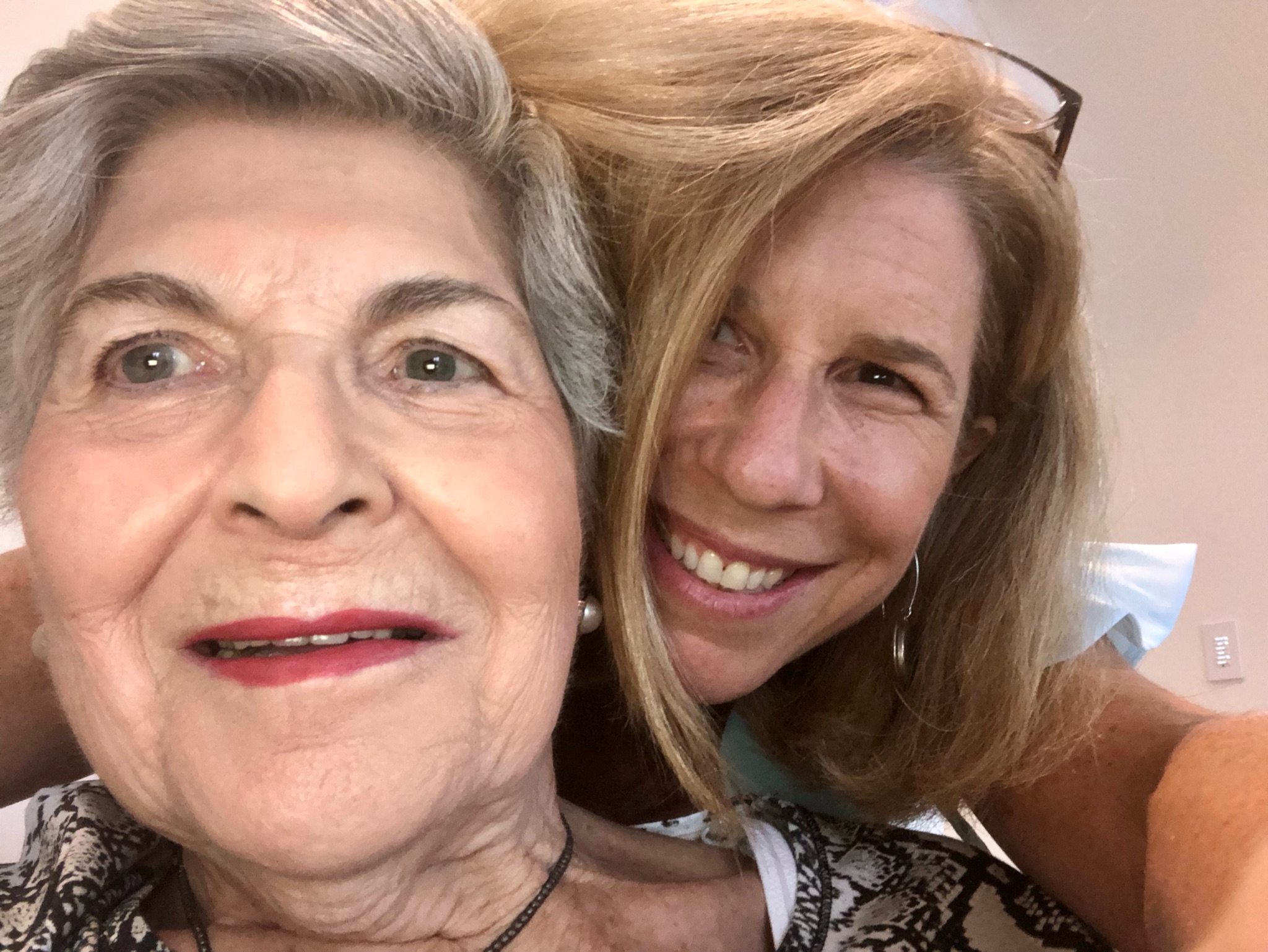 Lessons from my ex-mother-in-law

When my marriage ended in 2014 I got rid of the husband and kept the mother-in-law. Great decision on both of our parts. Anci was the best ex-mother-in-law and one of my dearest friends since 1997.

Last week, Anci, at age 89, just 3 months short of her 90th birthday, had a fatal brain bleed. She always said she wanted to die on the golf course or in her sleep. Protracted illness would cramp her style. In the days before, she got a fresh pedicure, made geflite fish with my mom, brought me a beautiful orchid arrangement for Rosh Hashanah, and celebrated a grandson’s engagement dinner. She lived big until the end.

Anci was Oma to everyone, and she was a fearless matriarch of the Shafran family. Her kitchen prowess was unparalleled, and she taught me a myriad of culinary skills including how to cut a cauliflower (hint – turn it upside-down), the importance of mise-en-place, and gave me a binder of all of the important recipes printed in her signature extra large Comic Sans font. She inspired me to become a Balabusta and helped me take over the reins for hosting family dinners to which she never came empty-handed.

I estimate that over the past 24 years we have shared on average 2 dinners per week, and at least 3600 glasses of Oyster Bay Sauvignon Blanc. That accounts for thousands of opportunities to sit together and figure out life. Here are some of the most important things we learned from each other:

Oma helped me be relentlessly resourceful when it came to remediating Ben. She learned all about ABA, RDI, OT and would do whatever she could to make it all happen. She was on-call as a driver and was on the cheerleading squad with my parents – providing the moral support that she knew my marriage lacked.

When my marriage ended, she fiercely advocated for Ben and me, so that we could maintain this successful trajectory. Her brave commitment to staying child-centred made her vulnerable to my haters. She chose a very courageous path through my divorce, and I will be forever grateful for her unwavering friendship and commitment to Ben and my welfare.

Oma was no stranger to resilience. She survived the Nazi invasion of her native Czechoslovakia by hiding in Hungary with her mother. She wrote about and shared her experience with the students in my son’s high school. The experience made her extremely fearful of so many things – most of all of upsetting or disappointing others. We spoke a lot about this over the last few years and together attempted to navigate family conflict while doing what we thought was best.

As her mobility changed with age, Oma reluctantly learned to adapt, but never really changed her routine of daily grocery shopping and Pilates. She allowed me to advocate for her medically and we figured out modern methods of pain management including cannabis. Anci was not always an obliging patient, sometimes a bit stubborn but determined to be independent.

During our phone consults and in-person wine consults, we solved so many problems that were not really problems. Together we just considered different ways of looking at things. Oma was proof that you could teach an old dog new tricks. Anci mastered the iPhone, FaceTime, a Kindle and online bridge. She was open to being coached on how to approach sensitive matters, and often took my advice, for which felt honoured.

Interestingly, we saw each other through a few relationships and dating. We were both devoted wives and mothers and we attempted to make lemonade out of any lemons we were handed.

After my ridiculous divorce, I dated a guy I met on the golf course. He was not Mr. Right (see George is not coming to Boca) but rather Mr. Right Now, but Anci was having none of it. She promptly told me to aim higher and that was pretty sage advice that I regularly pass forward to my clients.

Anci had a pivotal role in my partnership with my husband David Soberman. She knew this could be a perfect match before David and I had ever considered it.  You see, Anci knew David for even longer than she knew me, because she was the step-mom of his late wife Shelley. This is where things get kind of confusing and I may need a whiteboard and family tree. Let’s just say that Anci was my husband’s stepmother-in-law, my ex-mother-in-law, the step-grandmother to David’s kids, and the grandmother to David’s step-son Ben. Got it?

I am so gutted to lose this very dear friend. Oma always had my back even when it was tough to do so. She often told me I was like the daughter she never had. To me, Oma was a lot like the sister I never had, a devoted confidant.  We were great pals and I will miss her hugely.