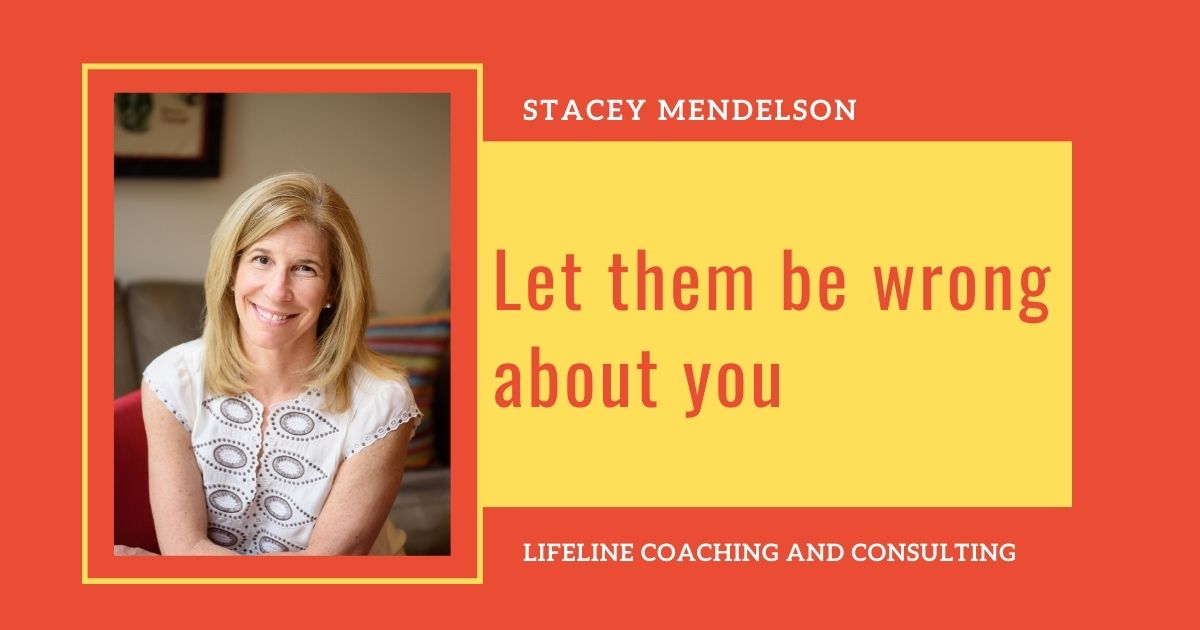 Let them be wrong about you

Do you worry about what other people think about you? Let them be wrong about you.

Does panic set in when you read letters from your ex’s lawyer full of lies and accusations? Let them be wrong about you.

Today I am going to convince you to let people judge you… and let them be wrong about you.

Everybody is entitled to their opinion

Chances are, you were never on the same page as your ex. That being the case, why would it be surprising that your ex thinks you alienate the children when you believe the children are estranged from him/her due to their bad behaviour?

Newsflash – you don’t need to convince your ex or anyone else on the planet of your truth. They all can have their own opinions. Just as you have yours. Hold space for everyone to think whatever they want. Give them permission to judge you. They are going to anyways. It doesn’t have to be a problem. Like Taylor Swift says…let the haters hate. Just shake it off.

You don’t need to change their opinion of you

People-pleasing is a red flag that you are struggling with what other people think of you. If you are saying yes when you want to say no, you are trying to manipulate their opinion of you. You don’t have to do this once you decide that it is totally ok for people to judge you and totally ok for them to be wrong about you.

Holding space for people to think what they want about you is one of the most emotionally liberating gifts you can give to yourself. Let them be wrong about you.

Have your own back

When you can believe that you showed up in a way that was intentional and desired, you can let the rest of the drama fall aside. No need to justify your behaviour. Just stay in your lane, and out of everyone else model.

You cannot control what others think and feel. But you have 100% control of the voice in your head that commentates. Make sure that voice is supportive even when the others are not. It is your job to have your own back.