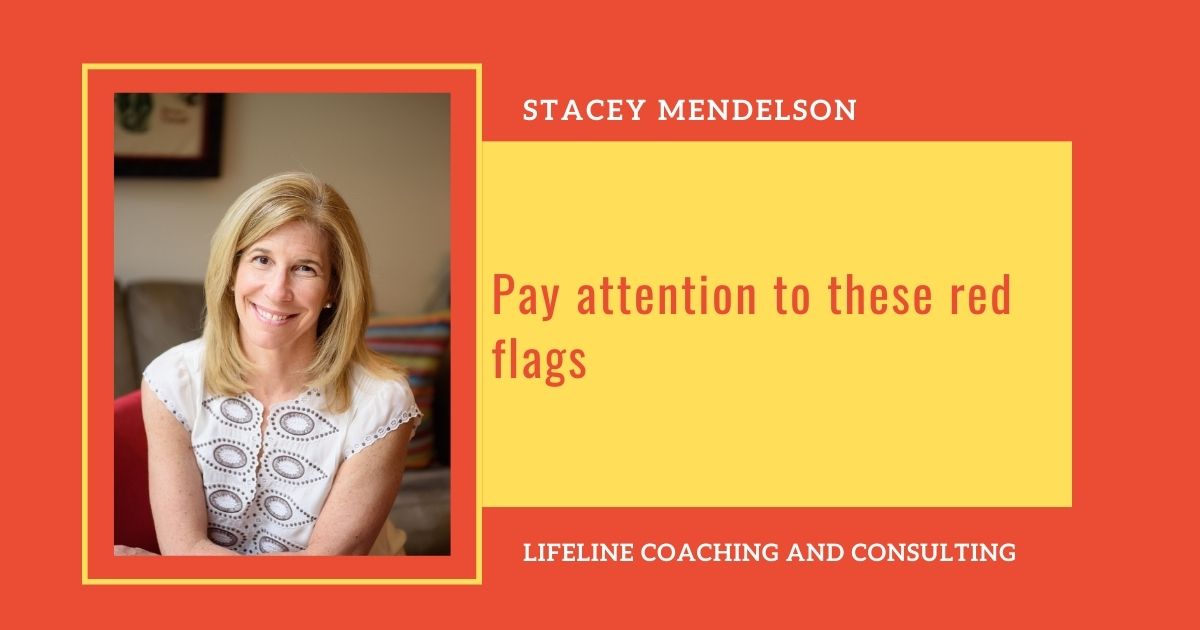 Pay attention to these red flags

If you want to minimize the drama and maximize the chance of a fair settlement in your divorce, you need to pay attention to these red flags.

The lawyer who threatens to fire you

A lawyer who is not willing to collaborate with you may seem like the expert who has it all under control. Don’t be fooled. There is a no bigger expert on the opposing party (your ex) than you. You have insight and predictive power that your counsel could not possibly have. Make sure your lawyer is a person who wants to pick your brain to exploit the value you bring to your divorce battle.

You have been in a relationship where your opinion and value were dismissed. That was not normal. My first lawyer dismissed me and even threatened to leave my case when I questioned his strategy. That was the red flag. I begged him to continue on and I proceeded to walk on eggshells. It was like my marriage revisited.

His performance for our first court motion was a flop. He did not know the details of the current parenting fiascos because he refused to give me the opportunity to provide a clear synopsis.  His refusal to collaborate was the red flag that he did not really have his brain in the game. Needless to say, I let him go after that motion.

I did not pay attention to this red flag that said: Play by my rules or you will be dismissed. From a state of fear, I did not heed my inner voice. This was the time to switch counsel. I now know that anyone who is above explaining things to me probably has a pretty weak understanding of the case.

Developing a productive, economical and effective legal strategy requires you to be able to communicate with your lawyer. This is exactly the work I do with my clients. Self-advocacy without fear, and the savvy to speak up without offending the professional.

When I first separated, my ex promised to play fair if I kept the lawyers out of it. So, I complied and held back my lawyer. This was a year wasted as I tried to pin down jello. This is a common delay tactic and may be used by a stealth opponent to get you to agree to things that would sidestep the law.

You may be swayed, like I was, for fear that your ex will get nasty if you retain counsel. Red flag alert. Take heed to that flutter of fear in your chest. If you don’t, you are about to get screwed.

Retain counsel anyway. You don’t have to disclose to your ex if you hired a lawyer. Many of my clients have a lawyer waiting in the wings coaching them from the sidelines. This will keep you informed of your rights under the law and so that you do not accept an unfair settlement.

Here’s the truth. Your ex may get nasty, whether you hire a lawyer or not, as soon as there is any pushback to their agenda. So you might as well do what you need to achieve a fair settlement. You need to understand what a fair deal looks like for a person in your circumstance. That is the lawyer’s expertise. This is a business deal. Managing your ex’s happiness is not on your critical path to a fair settlement. Being informed of your rights is.

The temptation to ignore red flags is exactly the “deer in the headlights” modality of avoidance that got you into this mess. Ignoring the red flags will cost you time and money.

Time to step up your game and fearlessly advocate for you and your children. That means paying attention to the red flags so that you will not do something that feels icky, out of fear or obligation. This is your opportunity to stay on the path to a fair settlement and not get sidelined by a red flag.