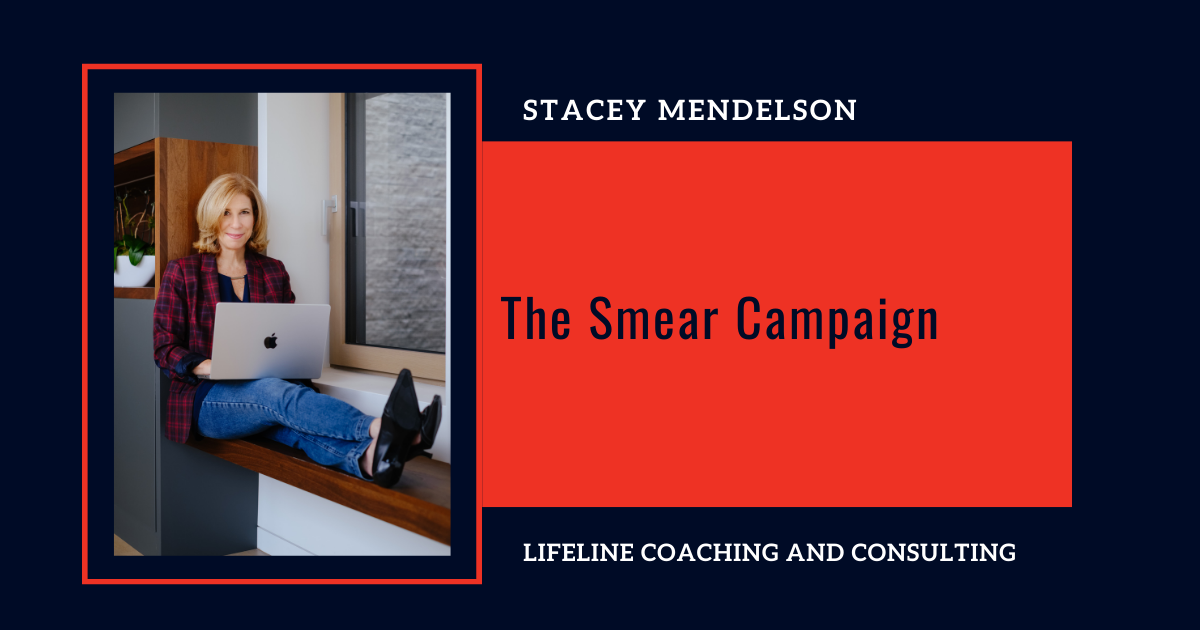 Is your ex spreading negative nonsense about you?

To anyone who will listen…

Including your own kids?

If so, he is waging a smear campaign.

It is your ex’s narrative to anyone who will listen chock full of:

The smear campaign is part of the playbook for the toxic ex,

once you have terminated the relationship.

The smear campaign can come as a shock if you are unprepared.

That’s where I come in.

My clients are armed with the skills to diffuse this cloud of bullshit.

And not get derailed.

so that they can show up like decent parents,

be fierce in court,

and get on with their lives.

When your ex smears you to the kids

This is where it gets ugly.

When your ex spews lies to your kids.

This behaviour is as demented as it gets,

so buckle up and prepare for the ensuing insanity.

If your kids question the lies that they have been told,

you can certainly let them know that it is not true

but do not disparage their other parent in doing so.

will keep you sane and even amused.

If your ex is dumb enough

to actually put the lies in writing,

He just gave you a gift of evidence.

Fodder for the custody assessor or judge.

So put your disgust aside,

and quietly mine the gold.

See it for what it is – great evidence of really bad behaviour!

How to manage the smear campaign

Resist the urge to defend yourself.

Do not smear back!

If you respond – you are stepping on a landmine.

Your toxic ex will stealthily manipulate things and use it all against you.

Be your normal self.

Continue being the great parent you are.

And let the haters hate!

Your silence is loud.

It will cast doubt on the Smearer in the stealthiest way.

Over time, the truth will prevail.