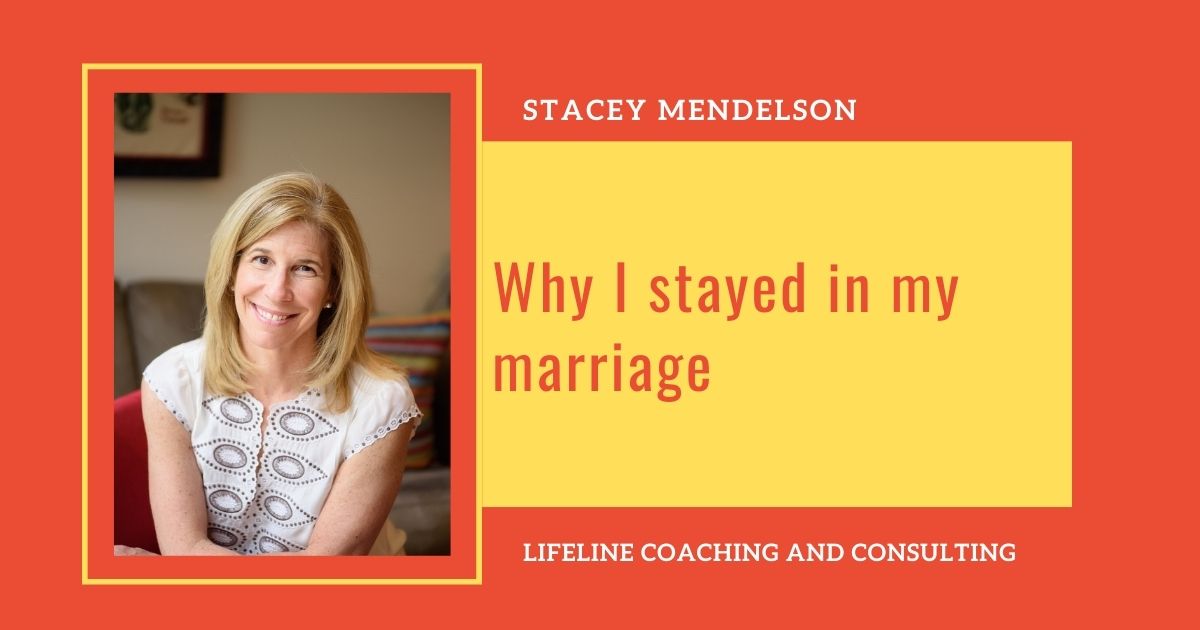 Why I stayed in my marriage

My marriage was verbally and emotionally abusive. I am a highly educated woman. I was born into an economically comfortable intact Jewish family. If my ex did not have a girlfriend, I might still be married. Here is why I stayed in my marriage:

He was a Jekyll and Hyde

One reason why I stayed as long as I did was that the abusive behaviour would wax and wane. Just as I was revving up to leave, my ex would hook me back with apologies or a short interval of kindness. I never knew who would be coming home after his round of golf.

This would never work with me now, but at the time I struggled with self-worth and abandonment issues. So, it worked like a charm.

I had Boiling Frog Syndrome

A frog immersed in boiling water will jump out to save itself. If I had been dumped into an overtly abusive relationship, I probably would have jumped out too.

But when a frog starts out in cool comfortable water that gets very slowly heated, it does not abandon ship. It adapts and tolerates until it reaches a catastrophic end.

The climate of our household changed very gradually. This helped to normalize the abnormal and was a big part of why I stayed. In retrospect, there were so many red flags that I ignored, but the temperature of our relationship took many years to become intolerable enough for me to wave the white flag.

I was determined to stay married

For years he would threaten to leave, and I would beg him to stay. My determination to stay married, at least until my son was 18, was my plan to protect him. I would promise to be a better wife, better mom and better woman. I did therapy and took a marriage course called Melt Your Man’s Heart. Seriously. I jumped through hoops on fire to stay married.

Turns out the girlfriend was the best gift I ever got in my marriage. She was the catalyst that finally helped me put the nail in the coffin.